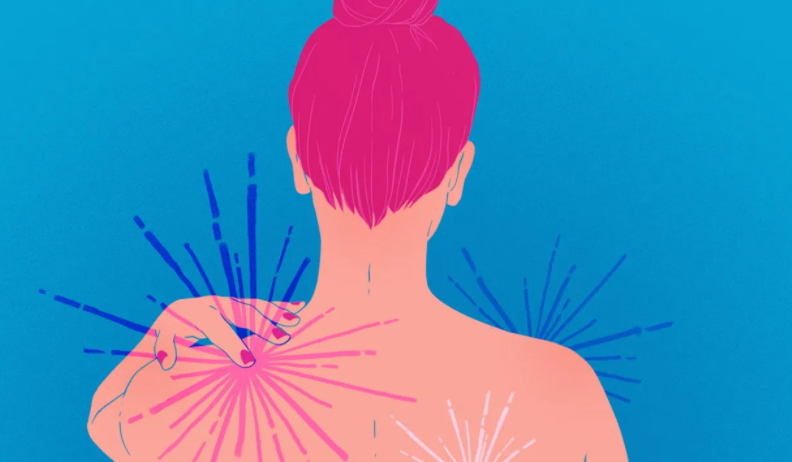 Fibromyalgia (FM) is a “syndrome of widespread pain, decreased pain threshold, and characteristic symptoms that include non-restorative sleep, fatigue, stiffness, mood disturbance, irritable bowel syndrome, headache, paraesthesia and other less common features.”1. The widespread somatic pain and deep tissue tenderness are caused by sensitisation of the neural pain pathways2. FM affects 2% of the population, with the most common occurrence in middle-aged women2.

Due to the rarity of spontaneous recovery, FM treatment is instead aimed at improving quality of life (QoL), as well as improving function and symptoms. Exercise and psychoeducational approaches have the greatest evidence of efficacy amongst non-pharmacological therapies2.

Exercise has been shown to improve QoL of individuals living with FM through reductions in fatigue, pain and tenderness as well as improvements in muscular strength, physical function and well-being (multidimensional function)3.

With the literature still in its early stages, there is yet to be sufficient evidence to outline precise exercise guidelines but there is some positive evidence regarding the benefits of both aerobic and resistance-based training protocols when prescribed in an individualised and gradually progressive manner4. When done with an individualised approach, resistance exercise has been shown to reduce physical fatigue in women with FM3.

There are a few factors to consider when it comes to exercise specifics. Firstly, the training focus should be on consistency rather than intensity. The client needs to gradually increase their exercise tolerance and ability to handle the new load. It is suggested to avoid high-intensity training such as boot camps and CrossFit, and instead focus on “starting slow and going low”5. Specific movements to avoid include excessive overhead exercise, movements that involve having the limbs far away from the body and heavy eccentric loading. These movements are related to higher levels of delayed onset muscle soreness (DOMS) which may lead to increase pain during exertion. This could potentially discourage the patient from persisting with their program. It is also important to avoid training during a flare-up as well as not overdoing it when the patient is having a “good” day6.

How can we help?

Accredited Exercise Physiologists are qualified to work with patients with chronic disease, including FM. During an initial assessment, an AEP will consider the patients functional capacity, pain levels, fatigue and other symptoms and will collaborate with the patient to determine specific goals to work towards. There is no linear, one-size-fits-all approach with these patients. They each respond to stimulus differently and it is therefore critical that they work closely with an Accredited Exercise Physiologist to ensure that they are receiving the right treatment. We can provide the clients with a home or gym-based program as well as the option to attend our supervised group classes.